Nu Tal (Mi Tierra) or “My Land”, is one of my first orchestral works, commissioned by D r. Irving Ramirez, associate conductor of El Salvador’s Symphony Orchestra. In the beginning, the idea was to set four small sketches of different “images” from my country. The 3rd movement was composed first, at that point I didn’t have a name for the work but after a talk with my mother in law, Aracely Sánchez; who is an expert in Salvadoran folklore, I decided to change the work’s name to “Nu Tal” (“My Land” in Nahuatl) and use some elements from our folklore. Then, I combined the idea I had from the images and the folk rhythms and tunes to create the whole work.

The first movement contains two movements. The first part is an image of a plane going to El Salvador. While the plane comes out of the clouds a beautiful land is seen through the window until the plane

lands safely at its destination. Immediately, the folk part of the movement (movement II) begins with the

“invocation” performed by the shell to the four cardinal points and then an autochthonous sound is presented welcoming our guests to this magical land, and the theme develops until the end of the movement.

The third part was the first composed and it is an “image” including various ideas that represent a vision of El Salvador from different perspectives and the complexity of the different generations that are currently creating El Salvador’s demographic landscape.

The fourth movement is an amalgamate of folkloric ideas and images. The beginning is the call from a church by the bells, then the brass presents the main theme of the movement, which is based on the Gregorian chant “Salve Regina” that I deconstructed using different rhythmic meters. Then a traditional rhythm is developed for the final section of the work.

Certainly, my country is being shadowed by the high murder rates and violence, but El Salvador is more than that. El Salvador has a lot of beautiful places, amazing beaches, and volcanoes. This work represents the strength of the Salvadoran people, always willing to help others and get ahead from adversities.

I would like to thank Dr. Irving Ramirez for the amazing opportunity of writing this work and the opportunity to perform it in my country; a special thanks to my mother in law for her invaluable advice and for sharing her knowledge with me; and last but not least to my dear teacher, Dr. Ivette Herryman Rodriguez for her amazing work preparing me every single week to become a better musician and her attention to details to make me grow as a composer. Finally, to my family for their support and encouragement.

This work is dedicated posthumously to Lorenzo Amaya Guevara (1942-2015), a great and dedicated investigator of the Salvadoran Cultural Heritage.

Sales are made through SheetMusicPlus.com 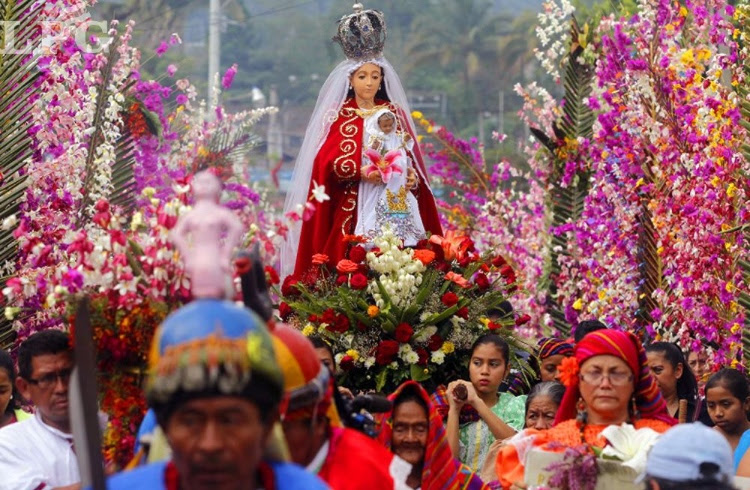